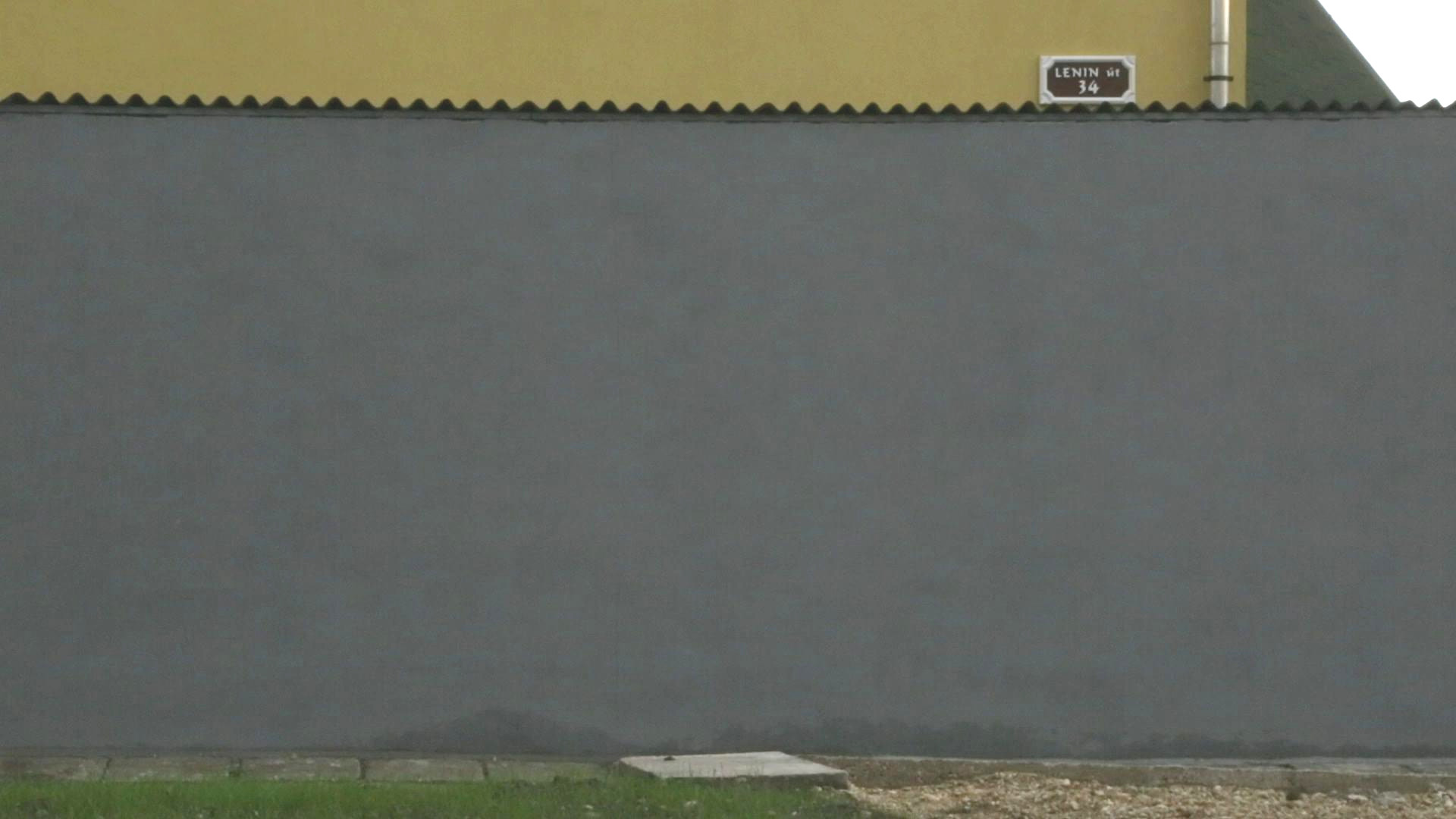 The white haired man at the next table observes me for a while. Then he grabs his beer and walks up to me. He is full of wit and irony. He speaks very good English. What are you doing in our village? Are you an alien? A spy?

István Kohut is a retired chemist. He has lived abroad for a long time. He knows exactly what brings me here: It’s the new Buddhist school for the Roma kids thats gets so much attention now. Kohut says that every coin has three sides: The front side, the back side and the edge.

Kohut belongs to the non-Roma majority, he is a „white“ Hungarian. 2000 Hungarians live together with 1000 Roma in Sajókaza. Everybody here says that the Roma will be majority within a few years. They have high birth rates, while young Hungarians tend to leave the village and to look for jobs in Budapest or abroad. Kohut tells me about conflicts. Roma kids who stopped him with a knife and robbed him. Destroyed wine cellars. Stolen metal. Kohut says that he is not a racist. He believes in education. He even gave private lessons to Roma kids for free.

I start to shoot my documentary Angry Buddha and immerse myself deeper and deeper into the segregated world of Sajókaza. I sit at kitchen tables and listen. On both sides. At some point, people say hello to me on the street who never say hello to each other.

The Roma tell me about the everyday discrimination, about their fear from the right wing extremists and the skinhead gangs. The non-Roma pour their hearts out to me too. One family lives next door to the Roma ghetto. They have fortified their house with a wall. Recently they had a fight with Roma kids, and „suddenly there were 200 of them“. Since then the woman has stopped jogging in the beautiful hills and has been doing her exercise in the basement of the house. They even take their kids to a playground in the next village by car. All they dream about is a wall between their street and the Roma settlement (which in some Eastern European villages has become an absurd reality). Then the woman starts crying. They want me to understand them. But they don’t want to speak on camera.

I start getting confused. I feel like betraying one side while listening to the other.

Later in the editing room I edit all the horror stories together. Who beat whom, who dicriminated against whom, who felt threatened by whom. It doesn’t make any sense. This village is totally split, and nobody is happy about it. The Roma suffer from misery and discrimination. The Hungarians fear that soon they will be the minority in their own village.

It would be too easy and arrogant for me as a western European to judge one of the two groups. I only know that „buildung a wall“ is no solution. The people of Sajókaza need to talk to each other – no outsider can do it for them. And their kids, no matter who their parents are, need access to education, to a perspective in life. Exactly what János Orsós and Tibor Derdák fight for with their Ambedkar school.

If they are successful – then it’s not important whether the majority in this village will be dark-skinned or white.